Welcome to our city,

I am honored to serve this outstanding City as Mayor for the first time. I am committed to all five of the City Council’s goals for the next four years which include: promoting a community for all with a focus on strategies for socioeconomic and cultural diversity, and improving the quantity, diversity and affordability of housing by providing opportunities for subsidized, middle income and ownership housing. In addition, promoting a good quality of life for the enjoyment of current and future generations with a focus in measurable outcomes is of the utmost importance.

Our city is one with a rich history. The city was first called “Chambersville,” but by the time of incorporation on January 7, 1835 the town name had been changed to “Lafayette,” named after the French General Marquis de Lafayette; its spelling was changed to “LaFayette” due to the influence of newspaper editor Johnson J. Hooper, who created a fictional character called Captain Simon Suggs, a backwoods Southerner who pronounced the town’s name as “La Fait.” The city newspaper, The LaFayette Sun, was founded under the name The Alabama Standard in April 1841 and adopted its current name on August 3, 1881. LaFayette is known for scenes from the movie Mississippi Burning and scenes from the movie White Water. They were filmed at the Chambers County Courthouse and around the city.

Thank you for visiting our website and we welcome you to LaFayette, Alabama. 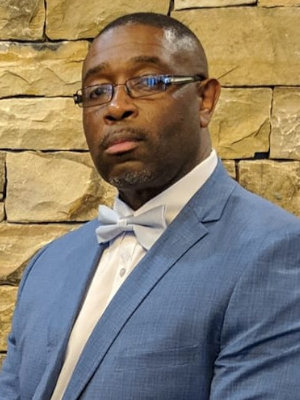 Mayor Kenneth Vines
(334) 864-7181
This email address is being protected from spambots. You need JavaScript enabled to view it. 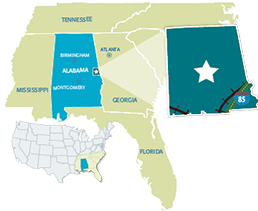